TYX is in a downwards trend at the monthly and quarterly time frames.

Summary: A counter trend movement may continue for some months. A target is at 2.23. Thereafter, a larger downwards trend may resume to new lows. The final target is at -1.72. 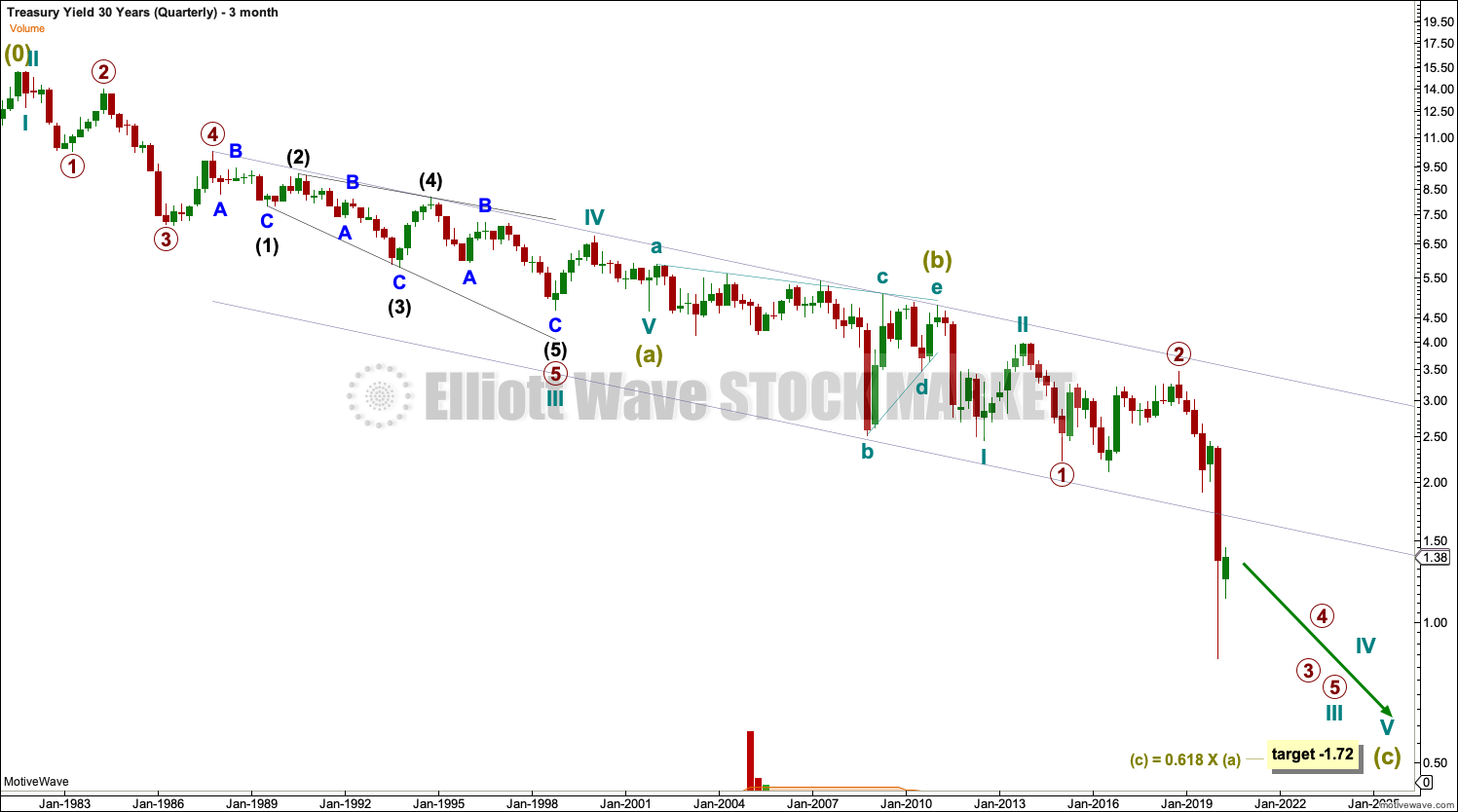 This wave count begins at the high in July 1981. Prior to that price had moved higher.

This downwards movement is viewed as an Elliott wave corrective structure. This structure may be a single or multiple zigzag. A single zigzag has a good fit.

A target is calculated for Super Cycle wave (C) to end that would see yields reach negative values. If this target is wrong, it may be too low.

The channel is a best fit. It is overshot by a third wave, which is normal third wave behaviour. 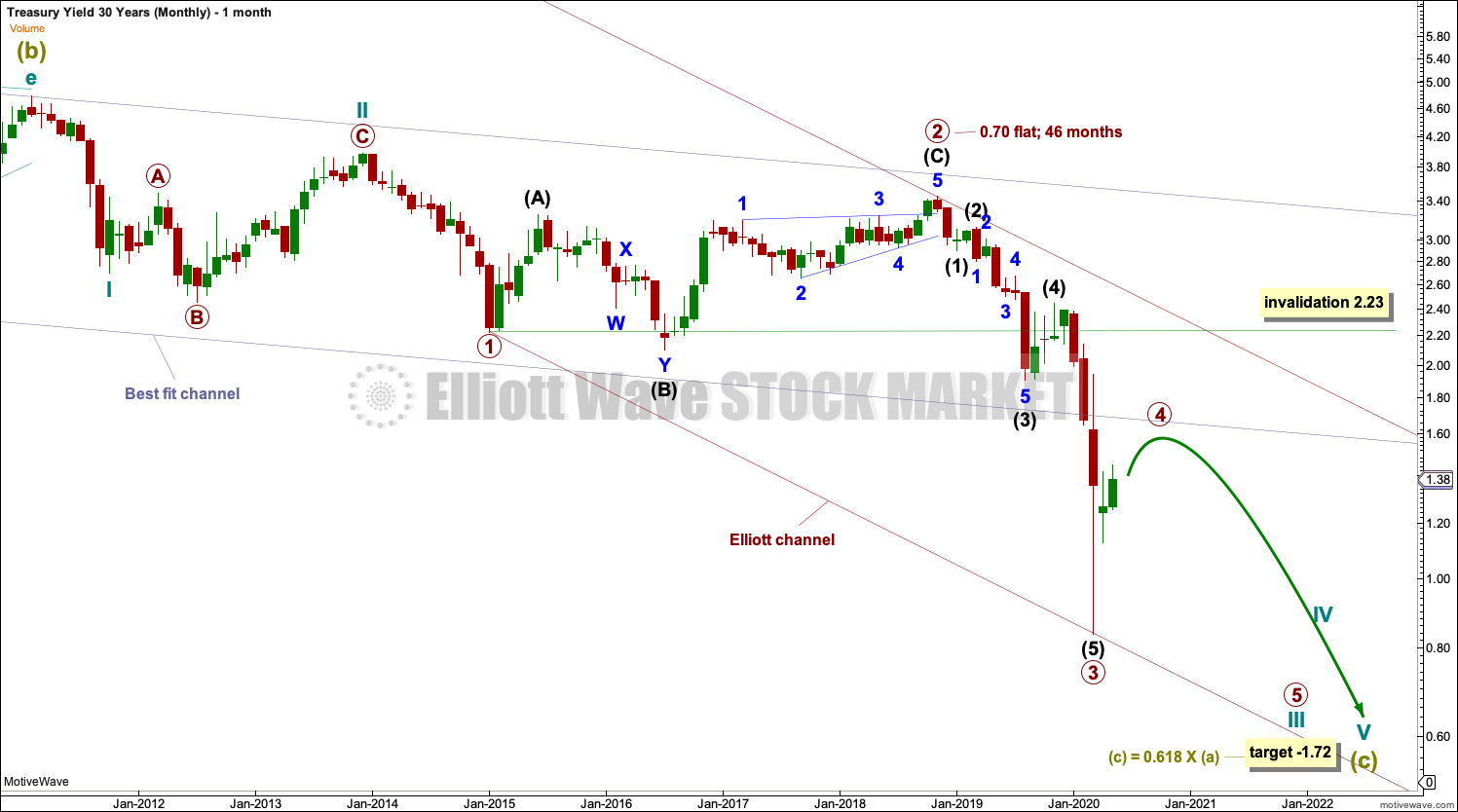 The monthly chart focusses on all of Super Cycle wave (C).

Draw a channel about cycle wave III using Elliott’s technique. Draw the first trend line from the ends of primary waves 1 to 3, then place a parallel copy on the end of primary wave 2. If it is long lasting enough, then primary wave 4 may find resistance at the upper edge of the channel.

Primary wave 2 lasted 46 months. Primary wave 4 may not last as long but should continue for months yet. 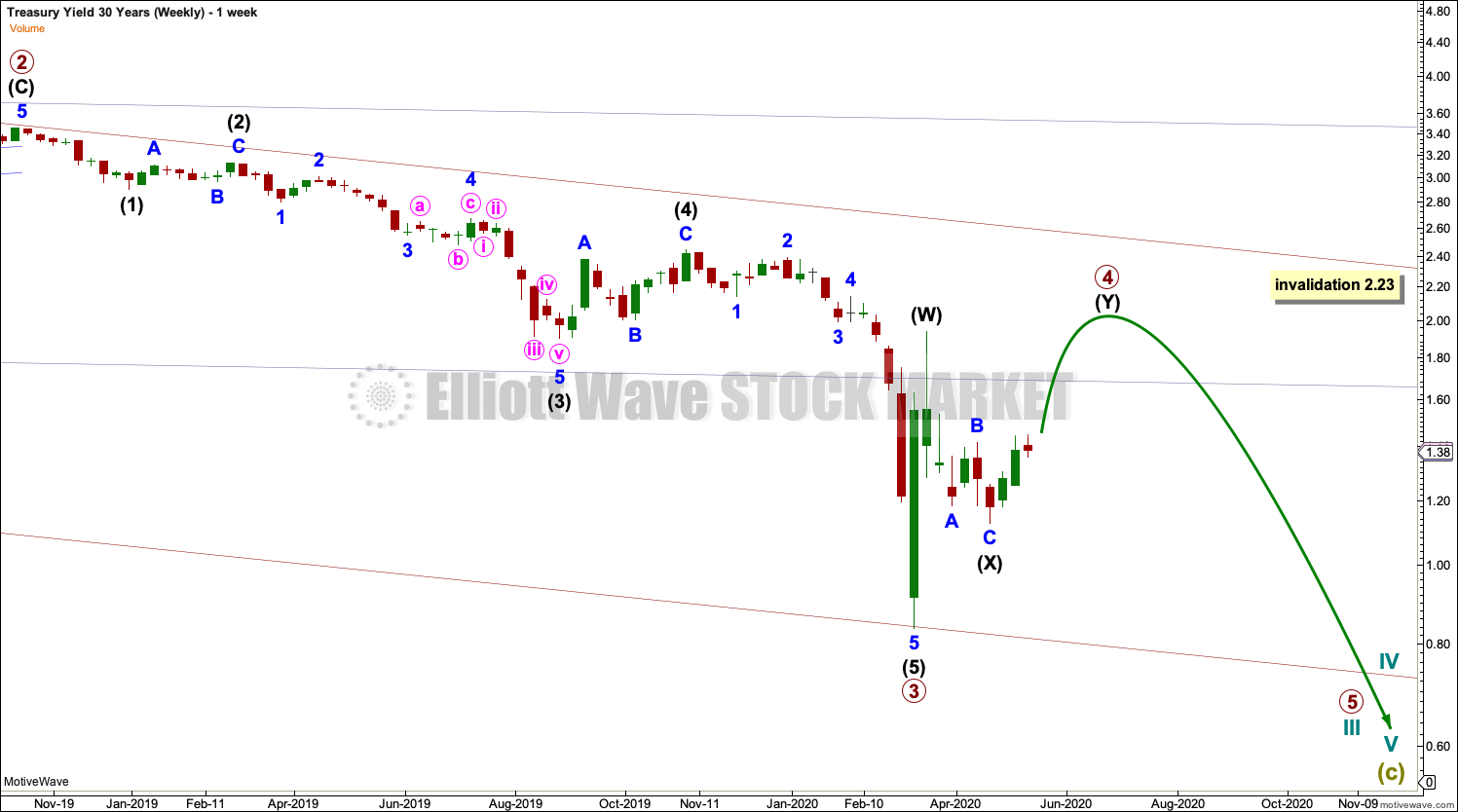 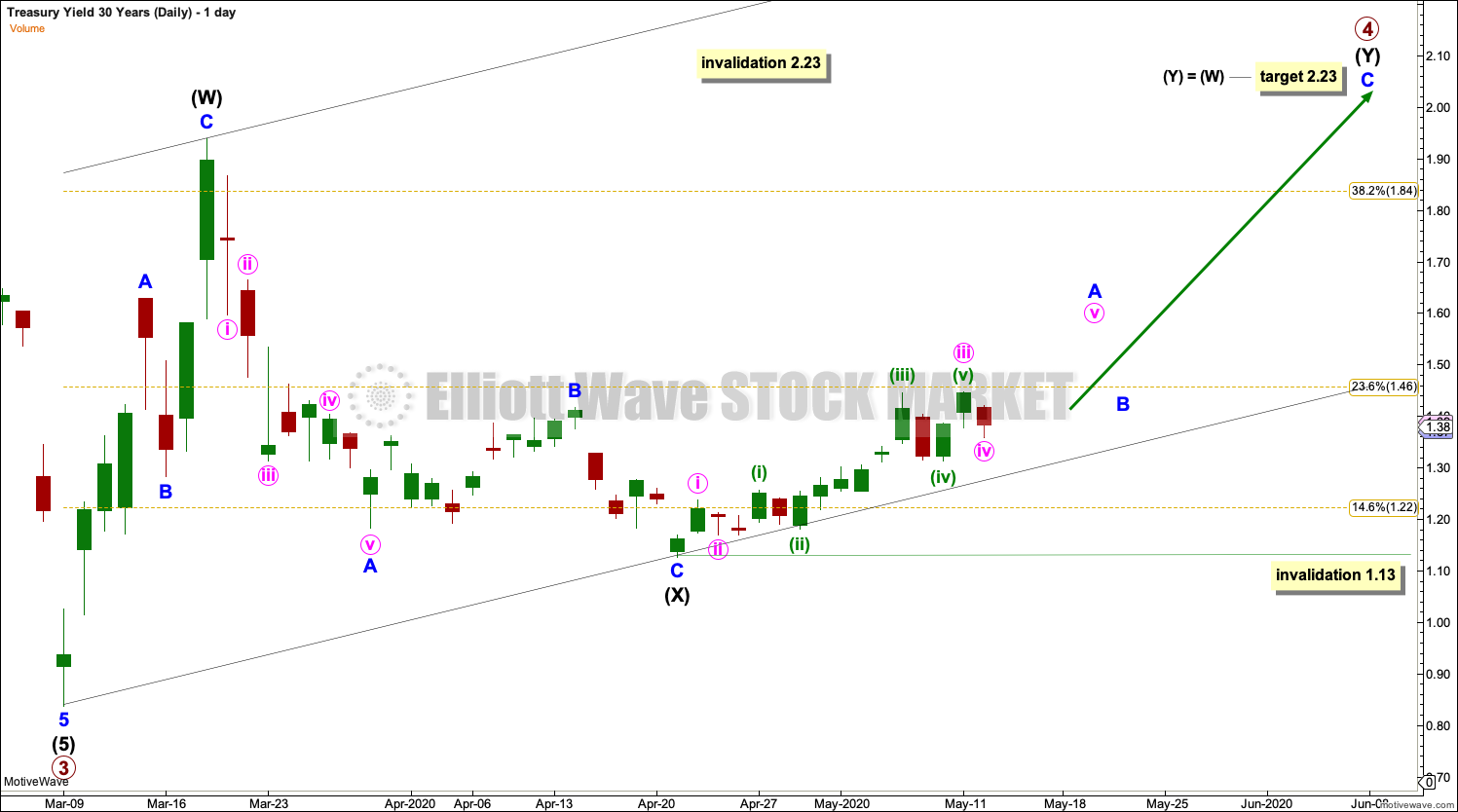 A target is calculated for primary wave 4 to end. This target only works for a double zigzag. If primary wave 4 subdivides as a triangle or combination, then only sideways movement would be expected. 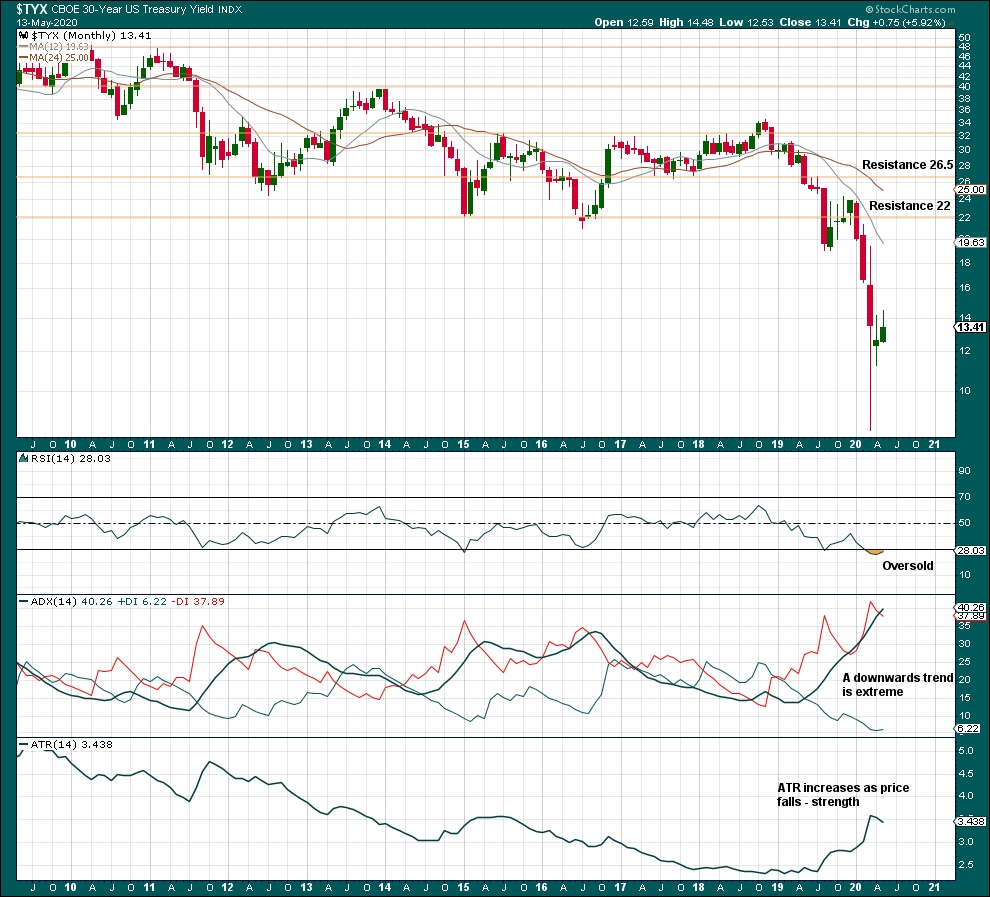 There is no candlestick reversal pattern to indicate an end to the downwards trend. However, the trend is extreme and RSI recently reached oversold. A bounce or some sideways movement may continue here to relieve extreme conditions. 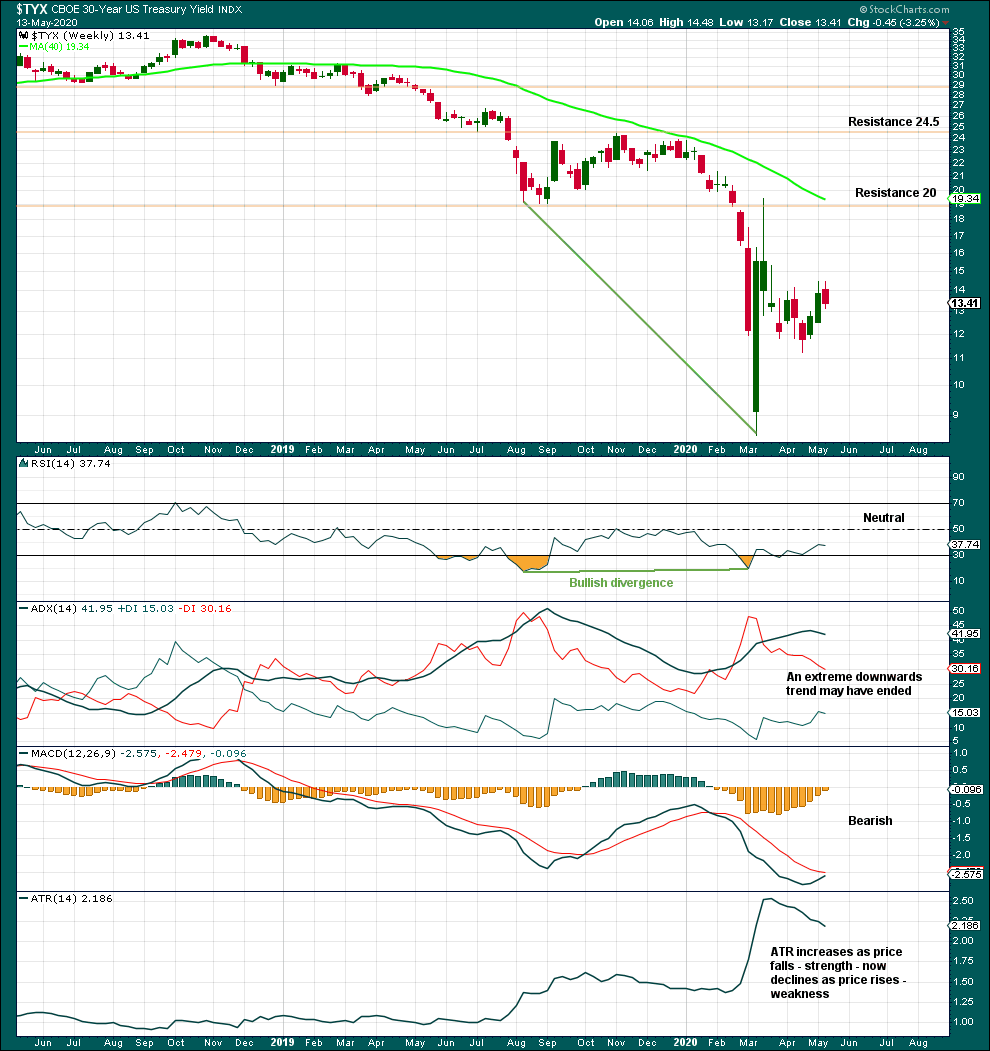 Strong bullish divergence between price and RSI after RSI reached oversold suggests a bounce or consolidation to relieve extreme conditions. That may be incomplete. 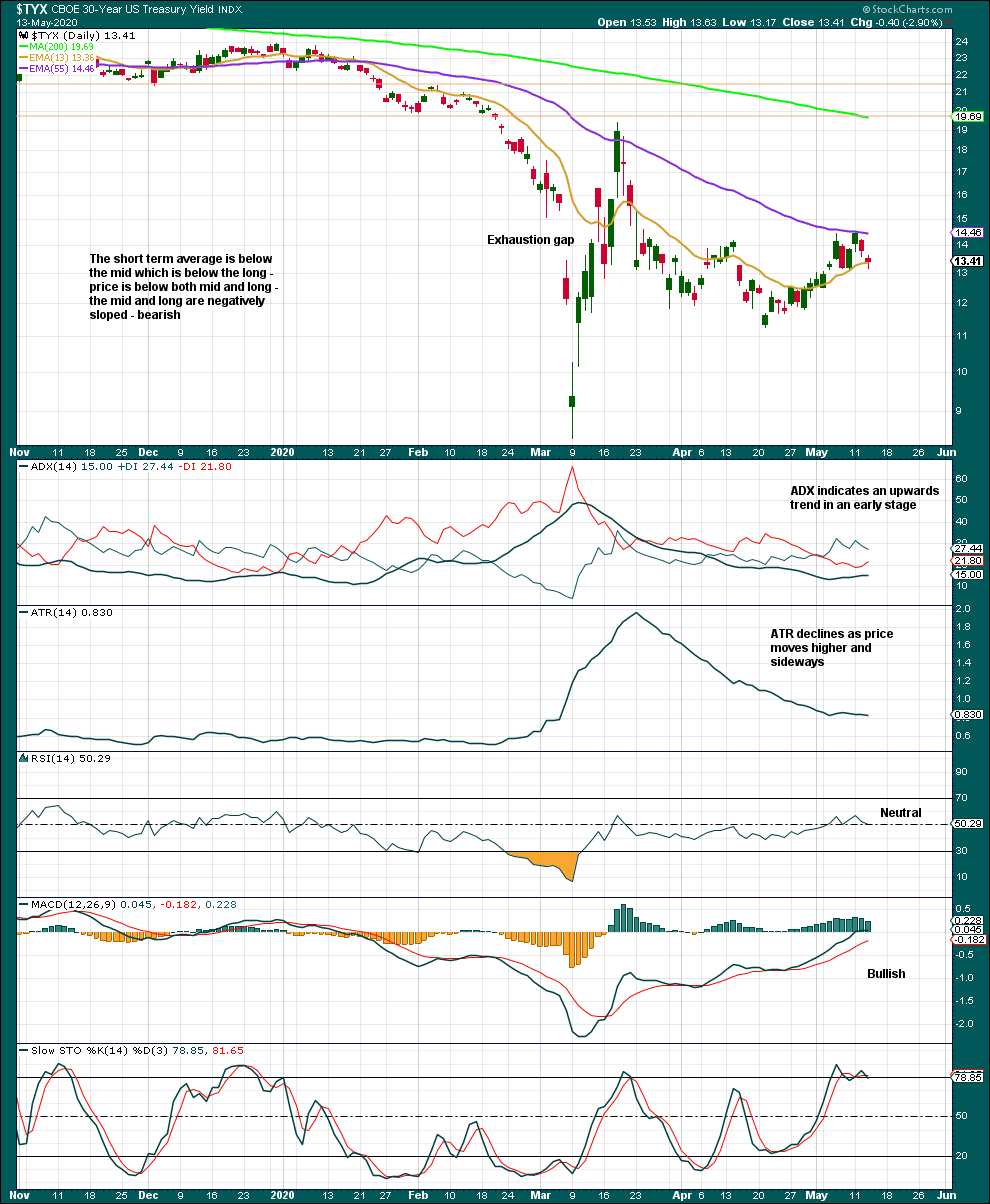